Although the awesome glass, they have given me countless hours of frustration and probably some new grey hairs on the way. Nothing wrong with the lenses, but the possibility to fine tune auto focus and to be able to alter the zero point of the focus in the lens with the Tap In Console, added with a dose of curiosity, raised new questions faster than I could find answers. One thing was consistency and repeatability of the calibration process, other was why do the zero-point move when closing the aperture, and how much does that matter in real life. So far, I’ve only found my solution on the first part.

In this summary, as with the separate posts, I will not mention the sharpness, distortion, vignetting or any other “normal” review stuff.  This will only be about the calibration process. To help me with the calibration I’ve used mainly the Reikan Focal application that analyses each photo to find the sharpest out of a series ranging from -20 to +20 in the AF fine tune in-camera. I’ve also tried out some other solutions like Dot Tune and other more manual processes, but in this scale, I’ll argue that Reikan Focal does a much better job.

Even before I started the calibration process with the 24-70 f/2.8 VC G2 and the 70-200 f/2.8 VC G2, I run into trouble more or less from the start. Both lenses back focused quite a bit a longest focal length at widest aperture. The calibration proved that, but getting repeatable results was difficult at the beginning. When I’ve done several runs to get perfect focus at zero, and I set up the next day, the result wasn’t consistent. Also, when I’ve calibrated at shortest and medium focus distance, when I went back to the shortest, it wasn’t even close to zero any more. Measuring the distances was done with a folding rule because the distance was mentioned clearly in the Tap In Utility. Even so, something didn’t add up!?

Then I tried to find the right distance by looking at the focus window at the lens, because that was also shown in the Utility. Still no luck with coming back to previous calibrated distances. I tried the rule of thumb of 50 times the focal length that circulated online as a universal truth. Eh, nope, still not good. I tried to follow the calculated distance in Reikan Focal with no success. I spent hours upon hours to try to figure out what was going on. I sent several e-mails to Tamron around the world without even a plausible answer, I even sent some questions to a high profiled youtuber about the process without getting any answer at all! I seemingly had a simple question and felt I was hitting the head against the wall. I tried any solution I could think of until I finally saw the light in the end of the tunnel.

The breakthrough came when I started using the reported distance embedded into the image file itself, found with Picture Information Extractor by Picmeta Systems (any EXIF reader would do, I guess). The camera doesn’t care about the distance I measure in the real life, nor does the lens. If the calibration point for the 70-200 at medium distance says 5 meters, the right point isn’t exactly at 5 meters, it is where the lens and camera THINK 5 meter is! Of course, it made so much sense! 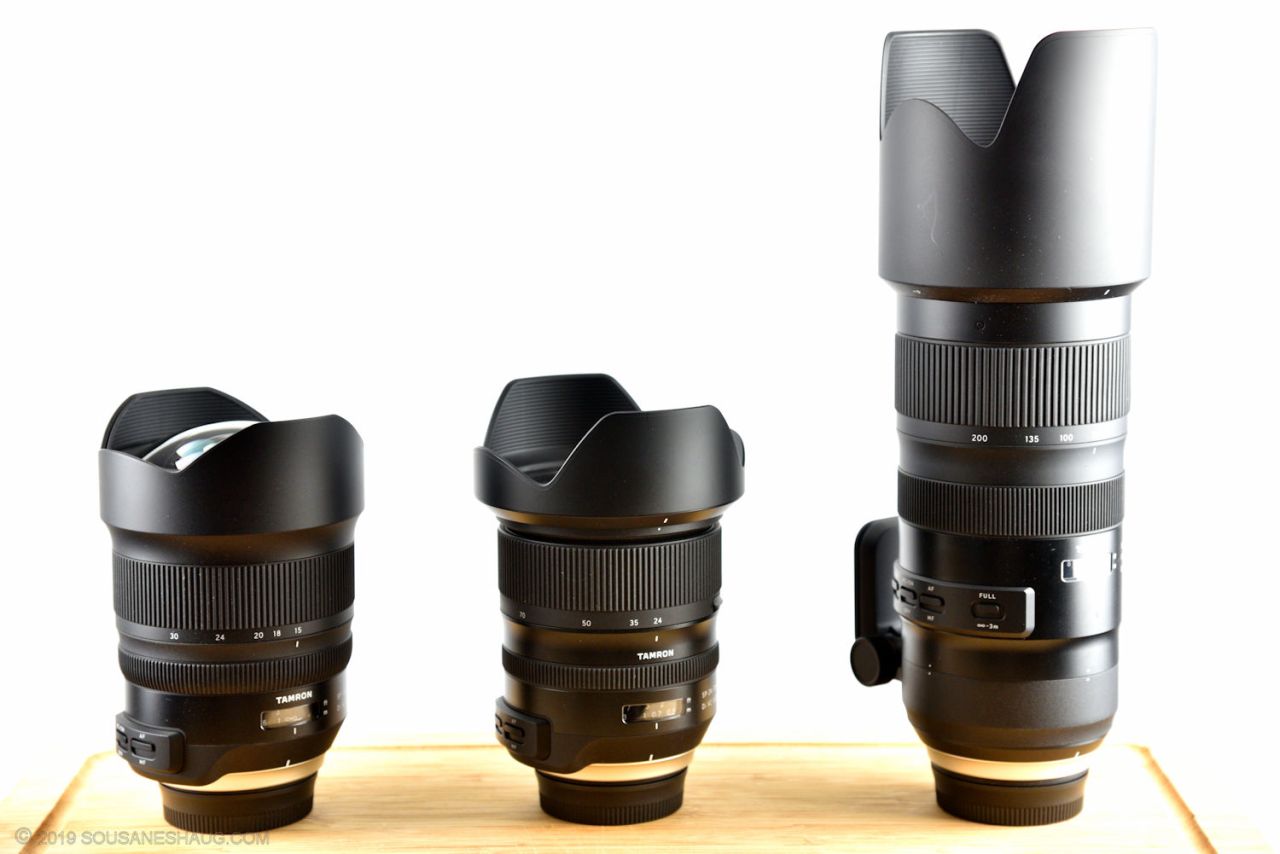 Finally I could get good and repeatability results at shortest and medium focus distances, but what about at infinity? Hm, could I use the moon? But the moon isn’t infinitely far away, but I couldn’t use a star, right? I never tried the moon or a star though, but what about a vertical mountain side with good contrast several kilometers away? Nope, not good. Then I tried some power cable masts far away, but still no go. I even tried a cell phone antenna without good results. More head scratching. I thought I’ve cracked the enigma when I found the solution for the other distances. What did I not see at the infinity mark? Hm, what does the reported distance from the camera say about the infinite distance? Eureka, finally there is was. Infinity wasn’t really infinite at all, just far enough. Like for the 70-200 it was just 100 meters at 200mm! Ok then, forget everything about infinity, but also forget about 100 meters in real life. What matters is how far away does the lens and camera think 100 meters are. My solution ended up to take several photos at increasing distances and then take a look at the reported distance in the image file using the before mentioned Picture Information Extractor. When I was sure I was into the “zone” of 100 meters, I stopped and made a mark on the ground. Far enough but not too far seems to be the rule that worked wonders.

Ok, then it looked like I’ve solved it……until I started to do runs at different/smaller aperture and found the zero point move quite a bit depending on the aperture too! Sigh, it didn’t only move, but in a unpredictable manners as well!

So the next big question, at which aperture should you calibrate your lens? Now as we’ve seen that zero changes from +20 to -20 depending on aperture. Well that is not an easy answer, as I think it all depends on what you are using that particular lens for. I mean, at what focal length and aperture do you use your 24-70 lens? If you can figure that you, I think that should be the starting point for further calibration. But also, keep in mind if you calibrate at f/2.8, what will happen at f/5.6? Definitely not an easy task to make any of those lenses good at all focal lengths and all apertures, maybe the next generation will let us calibrate at all apertures and not only one?

Things to remember to make the process easier:
Print the target on a non-glossy paper with the highest quality your printer can make.
Lit the target evenly and good, this is not a low light competition.
Make sure your target doesn’t get over exposed, especially outdoor, use manual or exposure compensation.
You need a tripod for your camera.
Be careful to not walk around the tripod during a run if your floor gives or sway.
Make a system to write down your numbers, it will be a lot after some time.

If you can’t come back and set up anew and get the same result the next day, you’ve done something wrong…

Tell me your experience with the calibration process and what worked out for you?