The Caves of Nerja

When we first came to the city of Nerja, we didn’t even know about the Caves. Our round trip to Southern Spain was just loosely decided before we left to make room for some extra treats. And holy crap did we get one at Nerja! The Caves was one of the most amazing and  overwhelming creations of Mother Nature on our trip to the south!

The humble entrance to the Cave looks like this: Welcome to the alien place on Earth!

We’re still lost for enough words to describe our adventure, so we let the pictures speak for themselves. 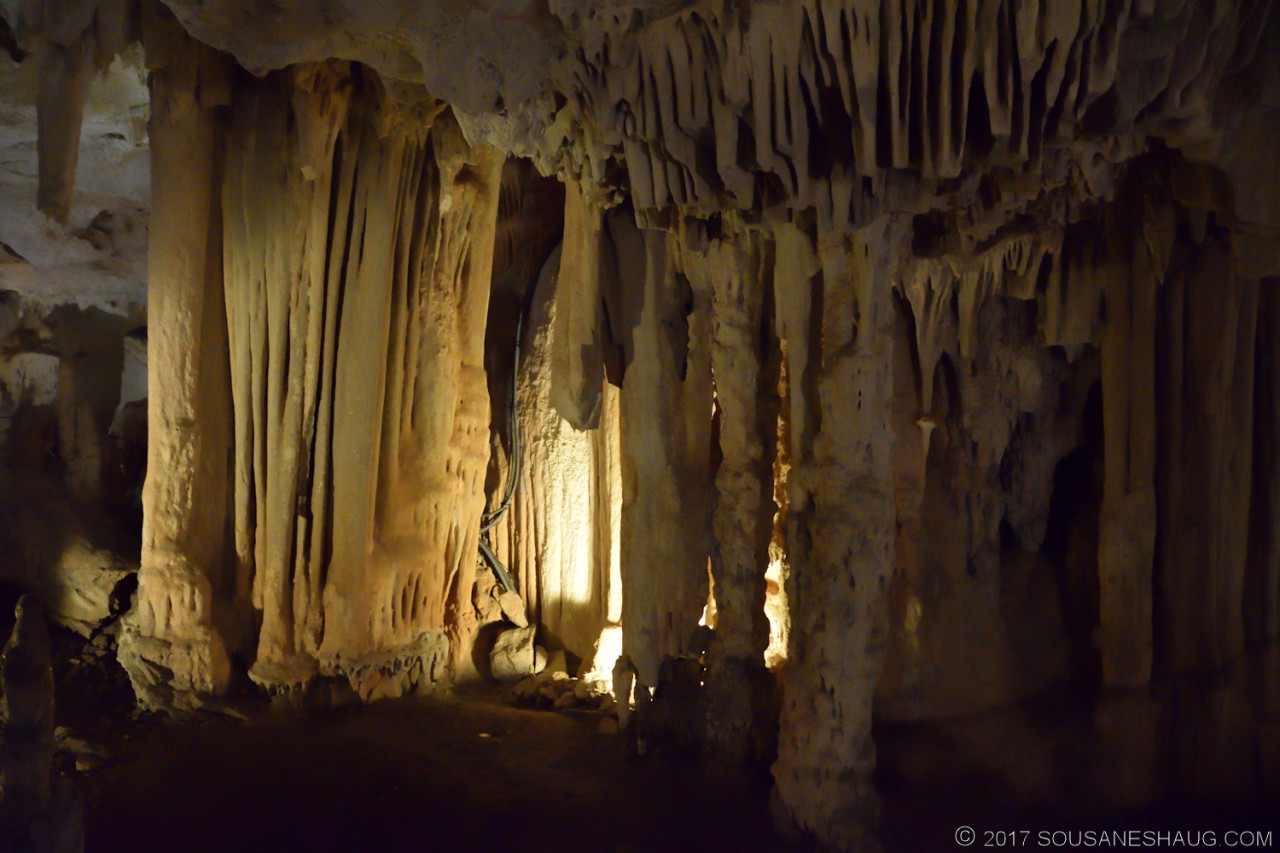 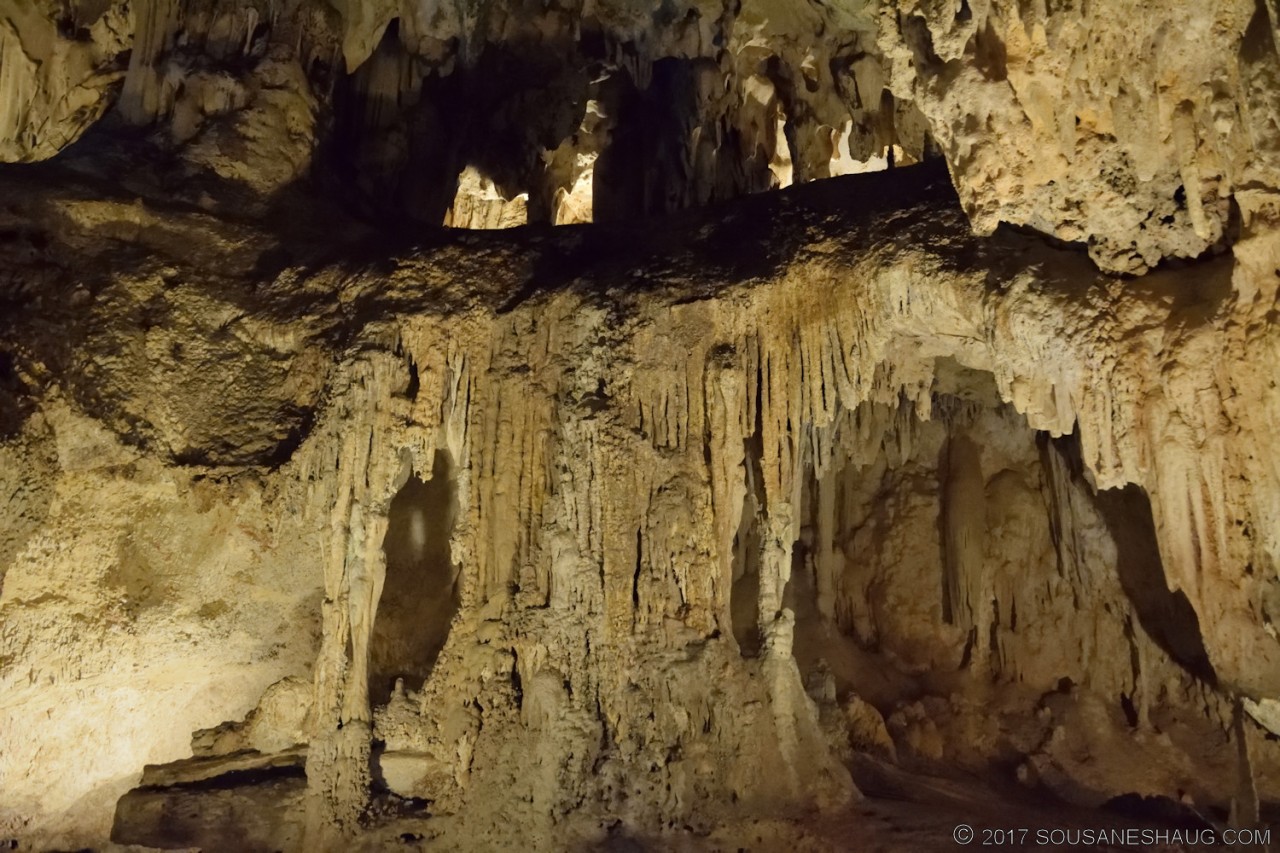 The lighting conditions in the cave are pretty okay for the human eye, though overall dark to keep the suspense and alluring. And while it is placed in strategic points of interest, it is hard to capture it well without good quality equipment.

Some parts may have different tints, like green, given by bacteria and other microorganisms.

It was surprisingly hot in there. We don’t know how many degrees, but felt surely over 20 ºC. (Ove estimated to be about 23 ºC and quite humid). Without any air current, time stood still and we had to take off our jackets as we walked with the group. The only other experience we had at a cave was in Norway, where it was 4 ºC degrees underground and we were there during mid-summer. (The mines of Røros.) The guide at Nerja told us a curiosity: that the cave will always have the ‘average’ temperature between the hottest and the coldest seasons, anywhere in the world. 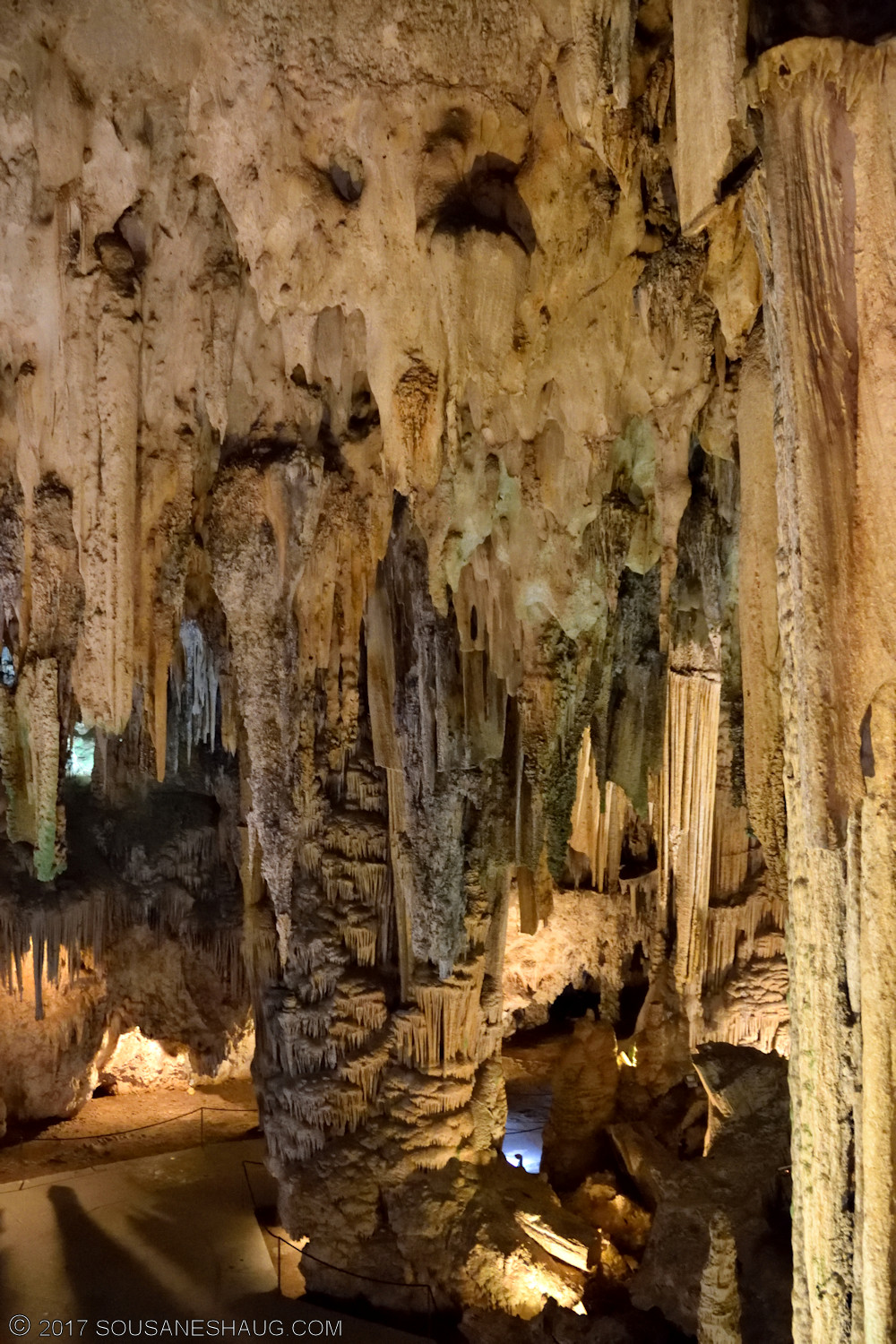 There are cave paintings on other galleries (the cave has galleries and sessions that extends for several kilometers) which we did not have access to. Our ancestors have been there 25 thousand years ago, using these caves for housing. It protected them well from the weather.

There are peculiar stalagmites and stalactites form strange shapes and the silence, the heat and stagnating air give this place an enticing otherworldly appeal. We are no longer into reality as we know it, but into some tale such as Jules Verne’s stories. 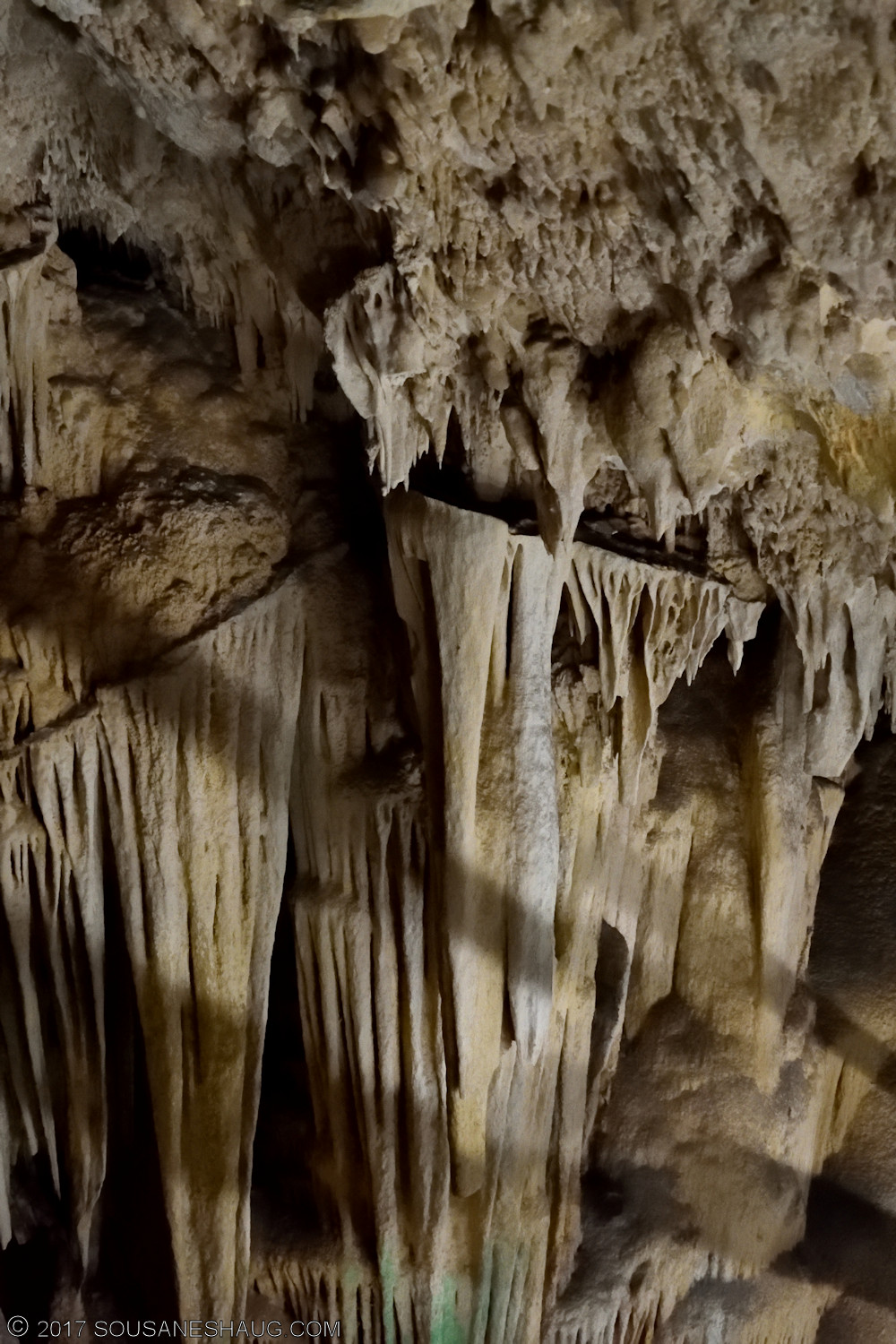 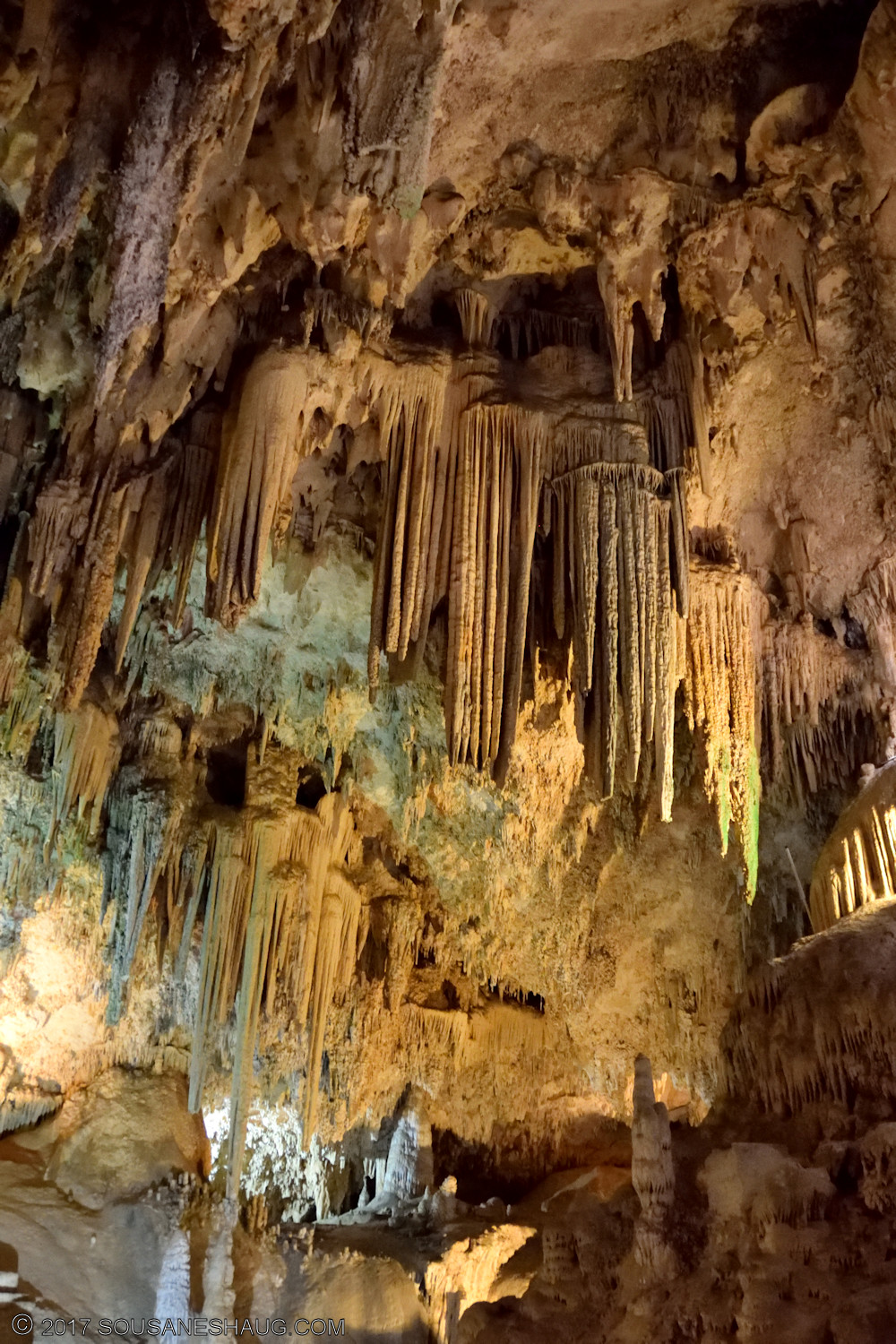 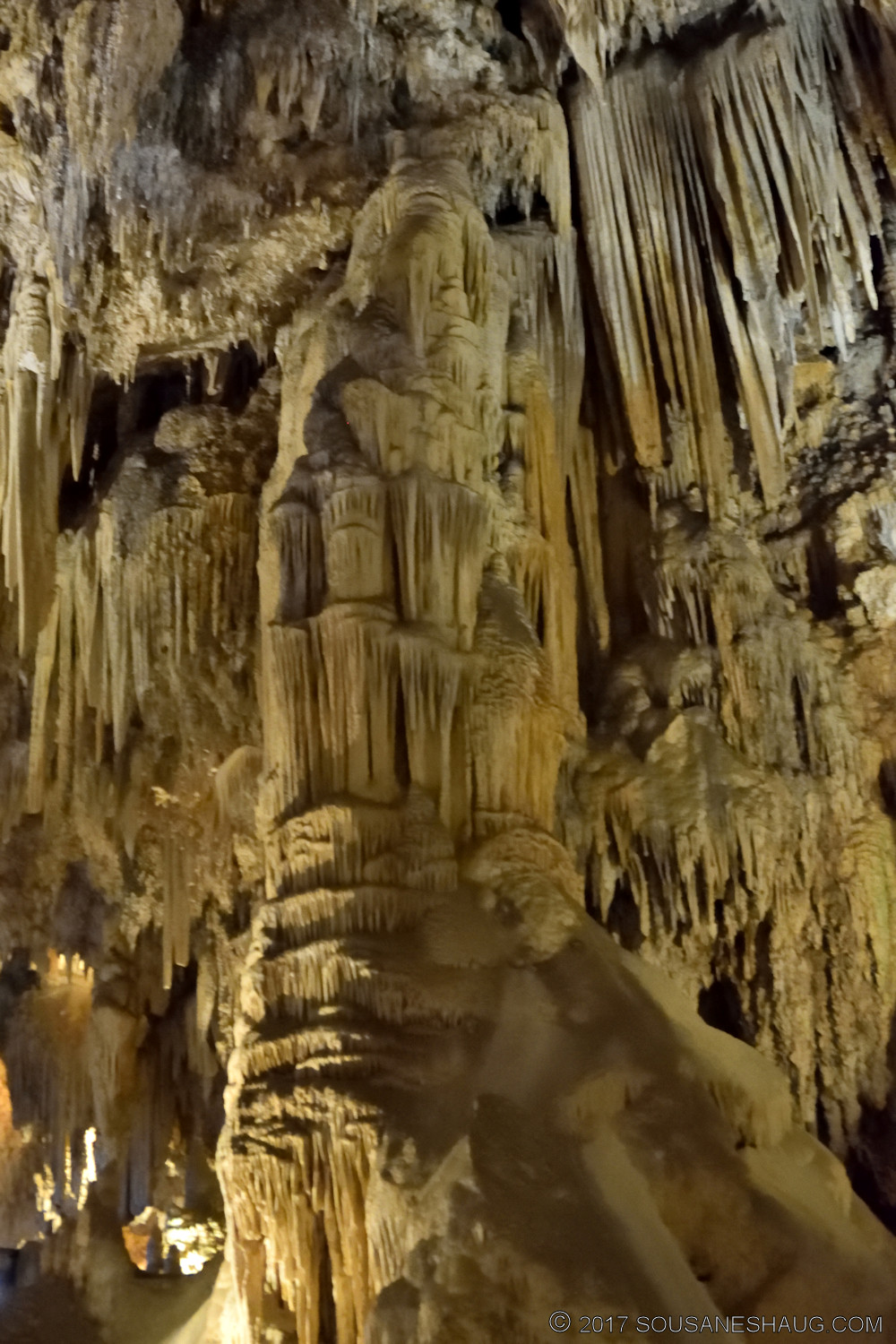 We still have lots of pictures from this fantastic hole in the ground, check back later for part 2 of the Caves of Nerja.