The Itaipu Dam is located on the Parana River on the border between Paraguay and Brazil, and its a joint venture between those two countries. The dam is 196 meters high and 7919 meters long, and has an installed capacity of 14 GW, with a record producing year in 2016 with staggering 103 TWh (103 098 366 MWh), witch even surpasses the Chinese Three Gorges Dam in annual energy production.

We visited the dam on a rainy October day in 2005. 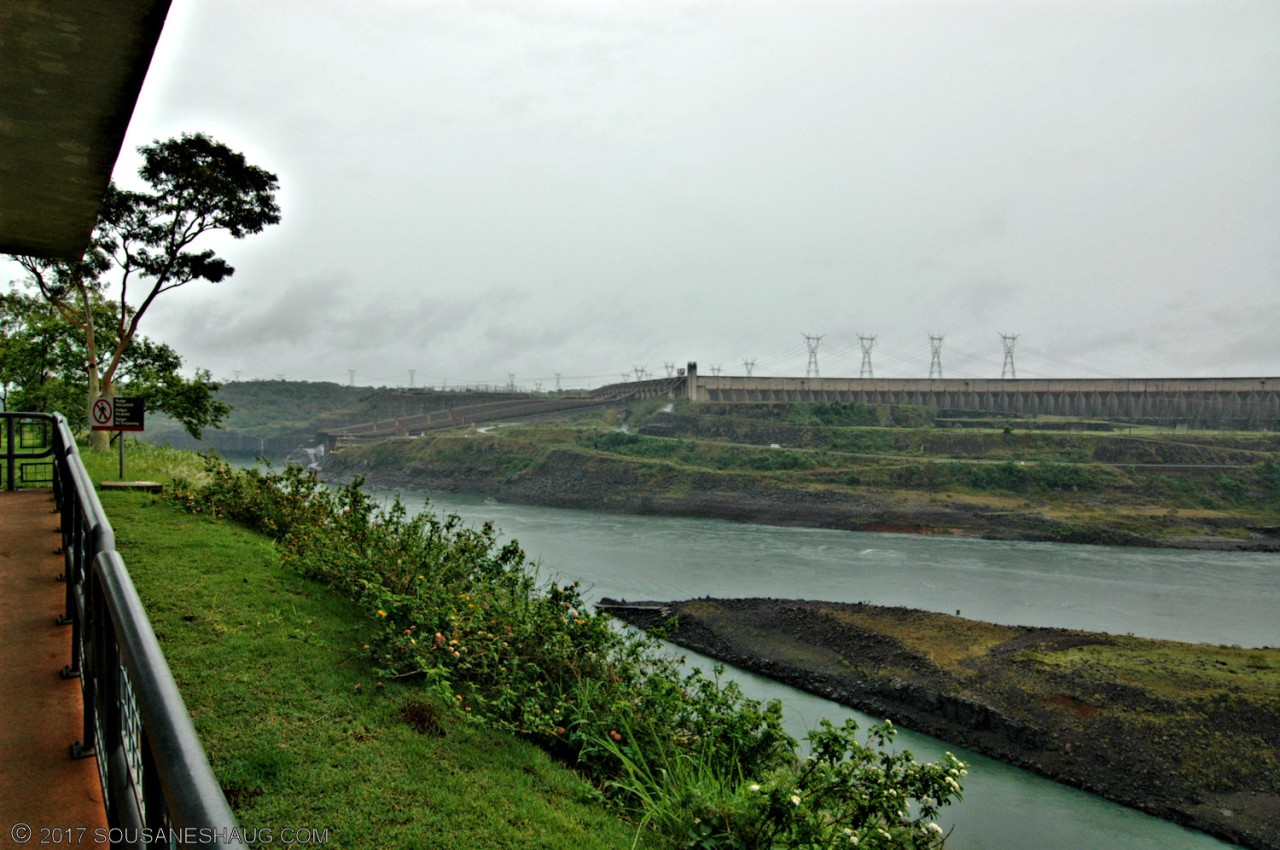 Under each of the 20 white penstocks there is a 700 MW producing turbine swallowing 700 m³ (700 000 liters) of water each second. As for comparison, the Iguazu Falls (later blog post) will only be able to feed two of these generators.

Under these red round metal plates resides the generators. 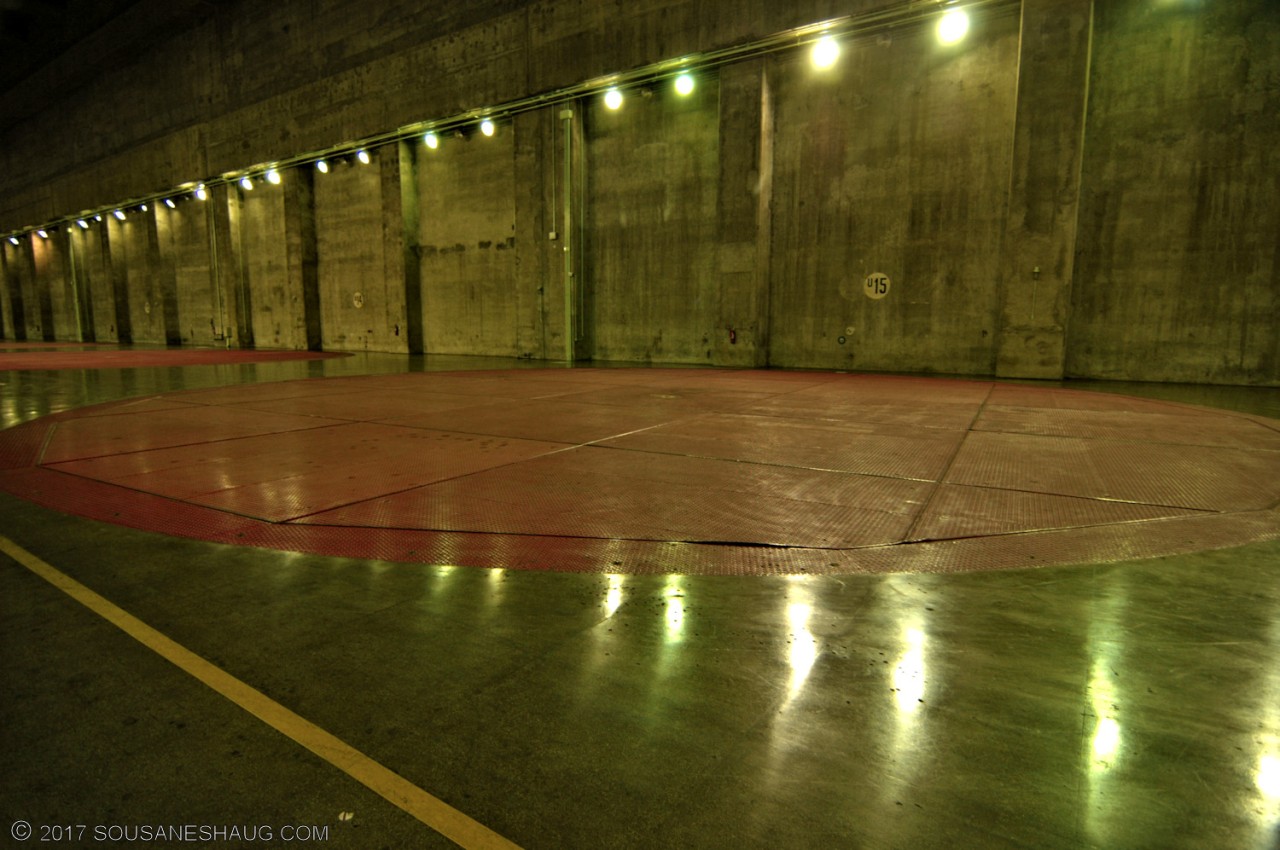 A glimpse of the Central Control Room. 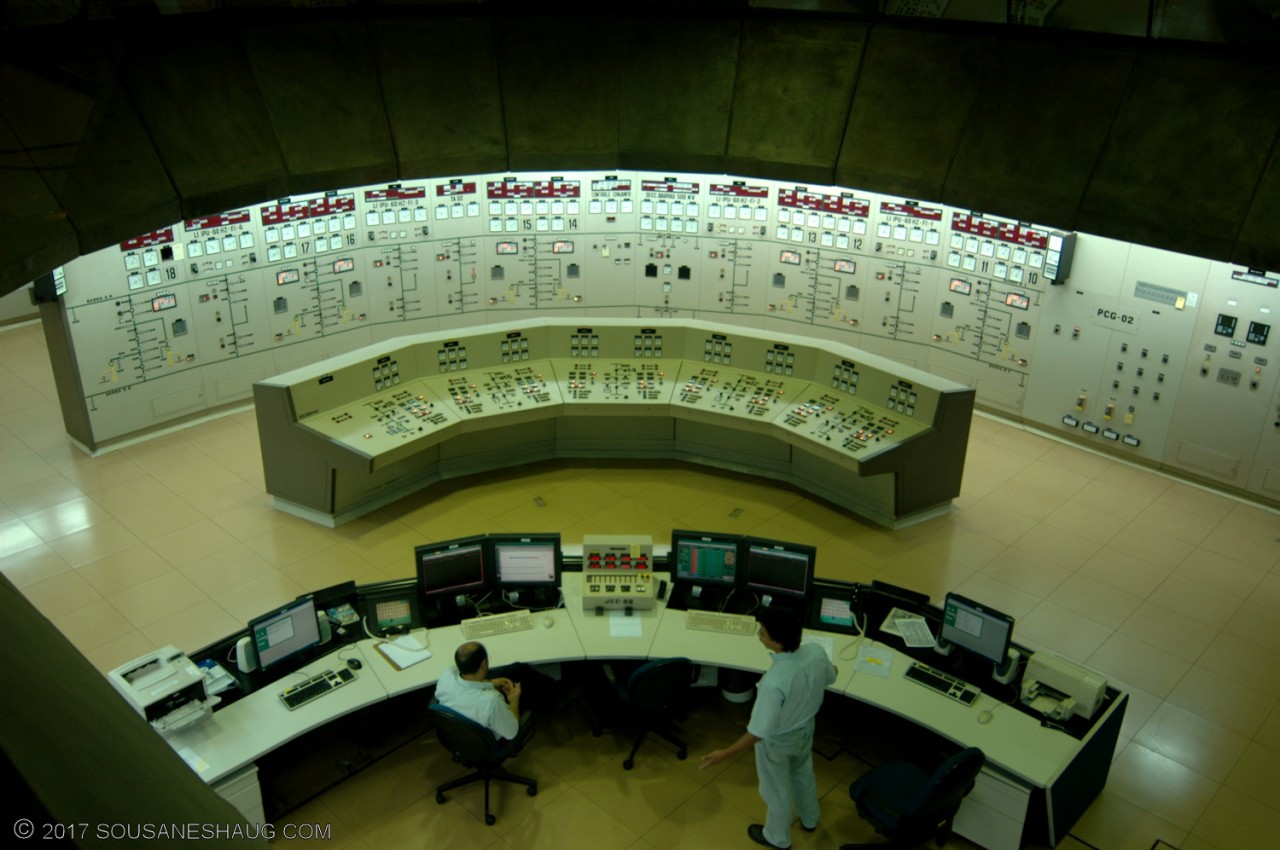 On top of the dam, a view to both sides and over the reservoir.

Have you been to the Itaipu Dam, and were you impressed by the scale? What else did you see or do when you where there?